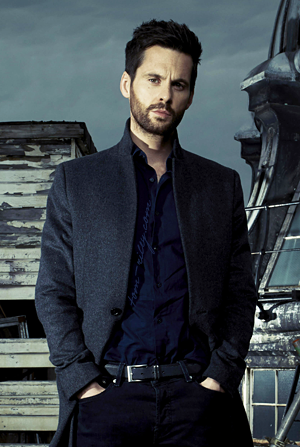 Chris Lang from a novel Suffer the Children by Adam Creed

Staffe is taking some long overdue leave to continue the investigation into his parents’ murder and is about to board his flight to Spain when he is called by his loyal Detective Sergeant, Josie Chancellor, to say that they need him as a man has been found murdered. The disturbingly gruesome fashion the victim has been killed raises alarm bells and the pressure is on Staffe to find the murderer.
Told across a stifling week during an August heat wave in London the 1 x 120 minute episode of Dark Heart follows DI Wagstaffe and his team investigate what unfolds to be not one but a string of horrifyingly brutal murders the victims of which are men who have been accused of sexual offences against children but have never been convicted for their alleged crimes. Staffe feels sure he knows what is driving the killer but finding a connection between the murder victims or even those abused by the murder victims frustratingly eludes him. As dogged and determined as ever Staffe pushes the boundaries in searching for the killer but the truth he finally uncovers is more surprising and shocking than he could ever have imagined.

DI Will Wagstaffe
Detective Inspector William Wagstaffe (Tom Riley), 32, is haunted by the murder of his parents during a family holiday in Spain when he was 16 years old. The killers are still at large and ‘Staffe’ is unable to let go until he finds them. It is probably no coincidence that after leaving school and joining the police force he rose quickly through the ranks to become Detective Inspector before the age of thirty.